Podium shot: Charlie, Lucy, and Linus on the plow-created snow Mountain next to our driveway

Fayston, Vermont. It has been so cold that the snow left behind by storm Harper complains with squeaks and grumbles under my boots. Just suiting up for a short dog walk down the driveway is an epic adventure. The bundling up and unbundling take as long as the walk.

Linus won’t go outside. He stands on the threshold like an old man caught up in a memory, unsure of the present. I coax him outside with the promise of a cookie.

Charlie rushes out excitedly. But after about a minute, he freezes with one leg in the air as if tagged by an invisible “It.” Slowly, the raised leg lowers and is carefully placed on the ground. A different leg is haltingly held aloft. The deliberate leg exchange is repeated, resembling a dog version of Tai chi.

Lucy runs ahead, clearing the driveway’s giant snow bank in a graceful leap and landing a perfect bellyflop in a pillow of powder. She pops up snow-covered with her goofy golden grin and begs me to throw a snowball. I oblige. Many times.

Satisfied that Linus has relieved himself, we return to the house for cookies, and for me, a cup of hot tea. 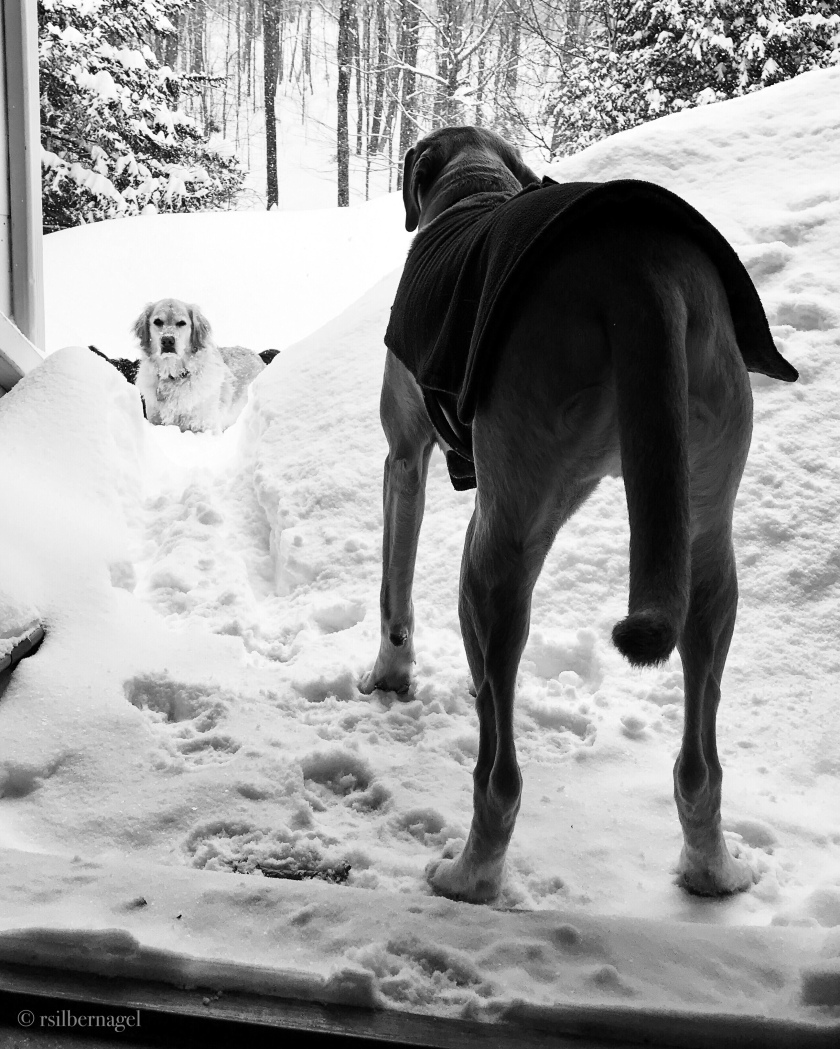 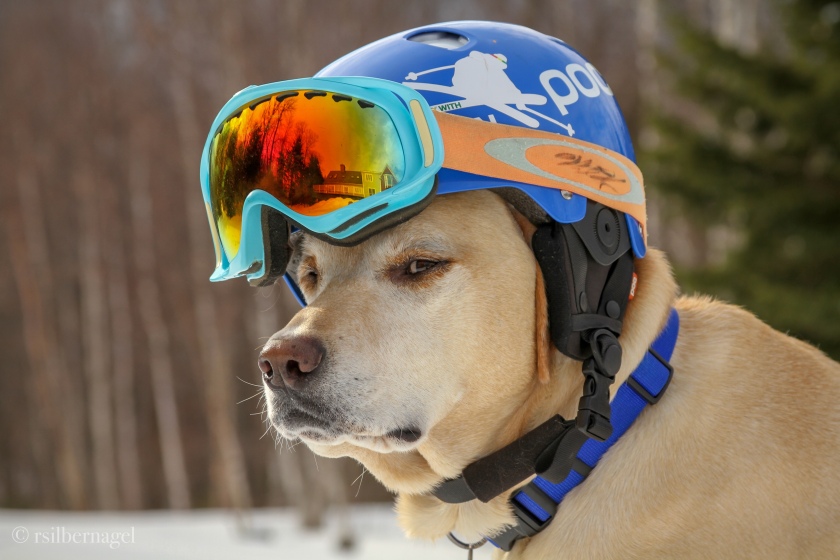 No friends on a powder day.

One thought on “Harper’s Tail”