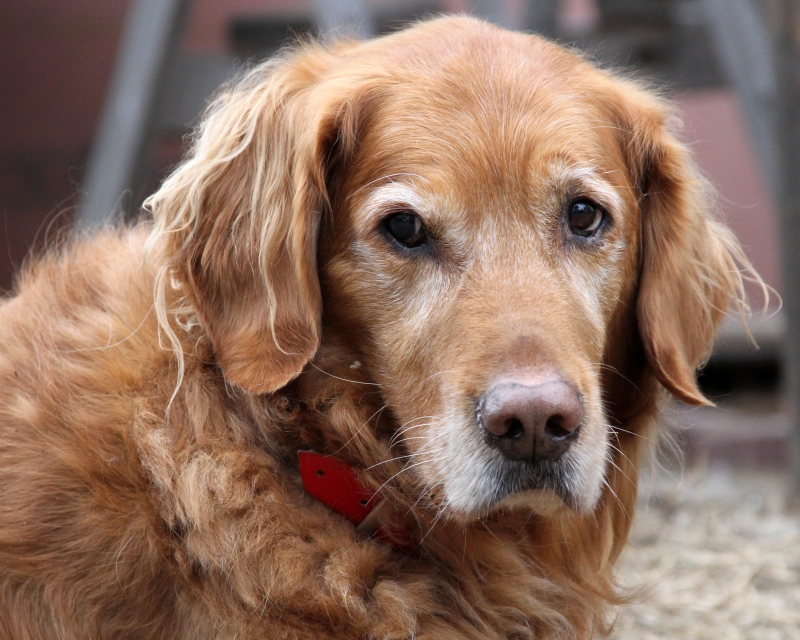 Rusty, at his forever home in Waitsfield, Vermont

Rusty is from Louisiana. When I adopted him I had just been diagnosed with cancer. Adopting a Golden was on my bucket list.  I found him on-line in a Lousiana rescue. They told me that he had been hit by a car – he was a neighborhood doggie – and he had heartworm. The shelter called the rescue to tell them they had two goldens, but when they got there, they were told that there was another one in the back, but he’s a total mess. The gentleman that runs the rescue, well, he took one look at the dog – named Rhett at the time – and he took Rhett in his car straight to the vet. They took his leg off and started to treat him. When I got him, he was only about a year old. He was driven up. No transport company, no rules or regulations. That was about twelve years ago. I was startled with the realization about all those kill shelters: They gas them, about 35 at a time, then put them in trash bags at the curb for the city garbage trucks to pick up.

So that led to me going down there, meeting people, and saying there’s a supply-demand thing. There are people that can help, and Pet Finder, and all that. 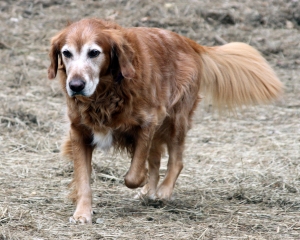 Sadie’s from Tennessee. I rescued her when she was about five. The people that had her were moving and couldn’t take her. She came all trained. She’s an alpha female. I can’t have any more female dogs with her around.

Bodie, the little one, who’s not little at all anymore, came because my son complained that he wanted a puppy for once. I had adopted out a lot of puppies. Bodie was only five weeks. He’s the comedian of the group.

We have quite a few dogs in the Valley now. We wanted to start a rescue – there are four of us – where you answer phone calls, help people, and don’t disappear when the dog gets here. We remain a resource. I don’t have a facility so I can’t take owner turn-ins, but I have rescuers locally that will. The groups help each other – it’s a nice community around here.