Waterbury, Vermont. On Saturday, April 30, four littermates – some of the “S” puppies (so named because they were originally given names beginning with the letter “S”) reunited for a romp at the Waterbury Reservoir. The dogs Sawyer, Scout, Skye, and Waffles were taken from a kill shelter in Tennessee and adopted out by Golden Huggs Rescue. Sawyer’s family, who came to the reunion from Maine, was so inspired that they make doggie wash soap, which is sold in their store and will be at the Golden Huggs Party for the Pups on May 14.

Saturday was coincidentally “Adopt A Shelter Pet Day.” While the four dogs played, the twelve or so people they brought with them swapped stories. Well done, Golden Huggs, as the reunion was a great example of the community of people you are creating by rescuing and adopting out dogs.

WagmoreVT was grateful to be asked to tag along. 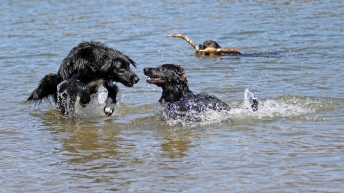 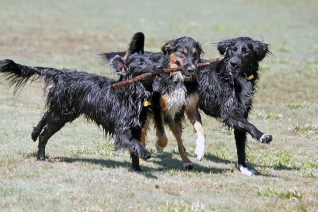 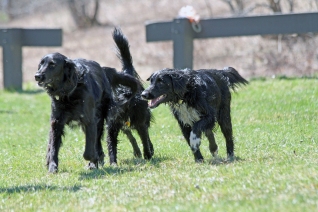 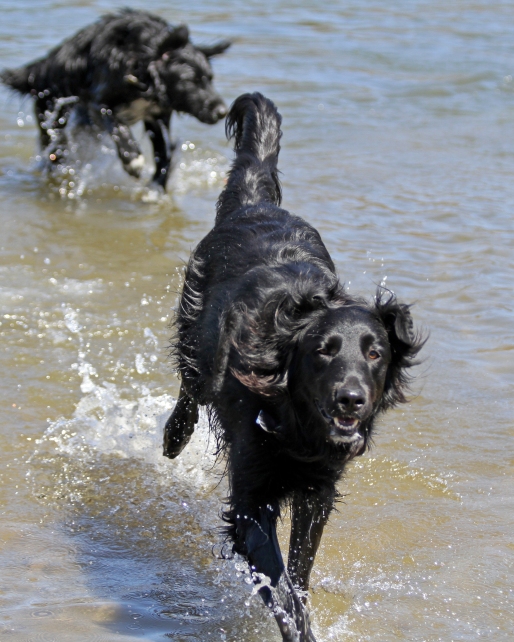 One thought on “Brought to you by the letter “S””