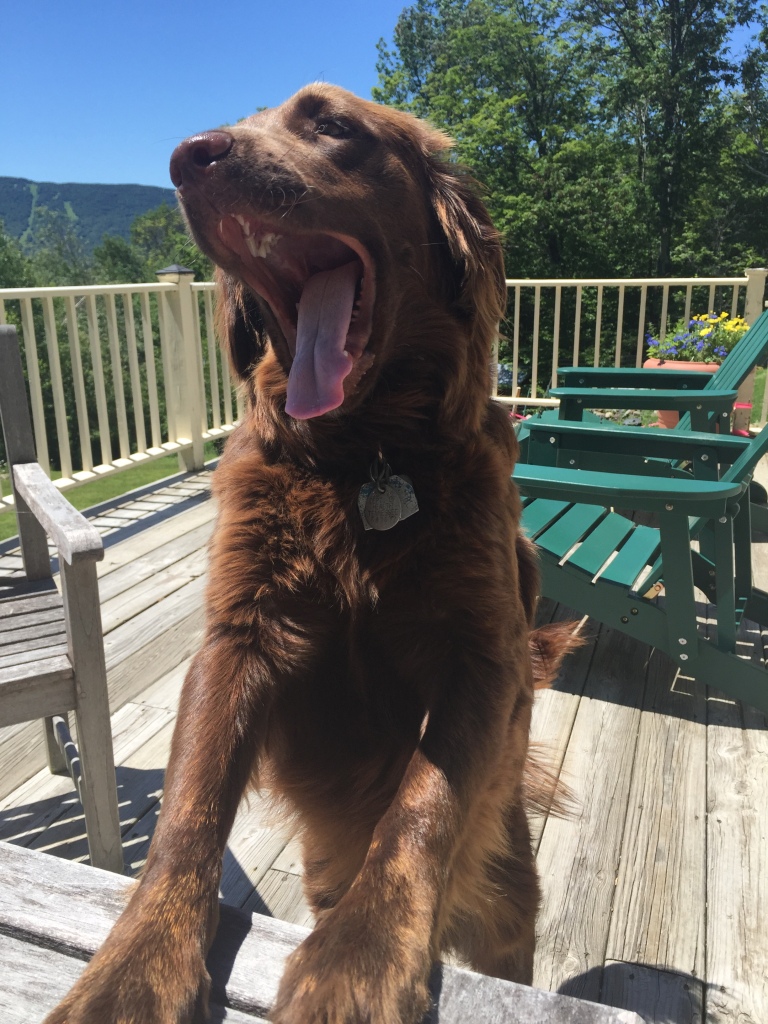 Charlie Brown is a “foster fail.” From our first meeting, when he was a puppy just off his long journey on the transport truck, he wouldn’t stop wagging. He bonded quickly with our other two dogs and he snuggled so sweetly that we couldn’t imagine him anywhere else. Early on, we nicknamed him “Stubbs” because he has short legs and is the smallest dog in our house. All he wanted was to be big. And maybe whatever food was on the counter. 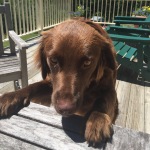 He’s also known as The Chief Instigator. He’s the one who initiates dog tag in the yard. Sometimes he starts this game in the house. While he hears “Charlie NO!” often, his thought bubble reads “Charlie Yesss.”

This week’s post features my own Charlie Brown, who joined our family last fall.  We were told he is a Labrador-Spaniel mix. We adopted Charlie from Golden Huggs Rescue after we were his foster family for a very short period.  We live in Fayston, Vermont.

2 thoughts on “Charlie NO!”